A youthful appearance is often judged upon the condition of not only the face and neck, but also of the hands. Over time, hands can begin to become pigmented, lose fat, and become wrinkled. Hand rejuvenation at Castleknock Cosmetic Clinic Dublin can help to reverse these problems. This can be done with a combination of lasers including the fractional carbon dioxide laser, fat transfer and injectable dermal fillers. There is no real method of preventing hands from ageing other than the use of a good sunscreen. It is important to place sunscreen on the back of the hands as well as the face and neck.

Skin pigmentation on the hands, in the majority of cases, is due to sun exposure. These dark age spots develop with increasing levels of UV light. On the hands they develop as discrete brown spots that can make the hands appear older.

Hand pigmentation can be treated in a number of ways at the Dublin based cosmetic clinic;

Fractional CO2 Laser and can be used at low energy levels to rejuvenate the backs of the hands. The laser machine is used to resurface skin and allow the skin to regenerate to become smoother and less wrinkly.

Fractional CO2 Laser ablate a percentage of the surface of the skin, leaving some intact and untreated bridges of skin in between the treated areas. This allows for faster healing and less risk of scarring than traditional unfractionated carbon dioxide lasers.

Fat loss on the back of the hands can lead to excessive show of tendons/bone, and make hands appear aged.

Fat transfer can be used to transfer fat from another part of the body, via liposuction, to be placed in the hands. This is a good procedure that usually lasts for many years.

Injectable dermal fillers like Radiesse and Ellansé can be placed into the hands to restore volume loss. This helps to reduce the appearance of tendons and the bones of the hand by plumping the areas around these structures. 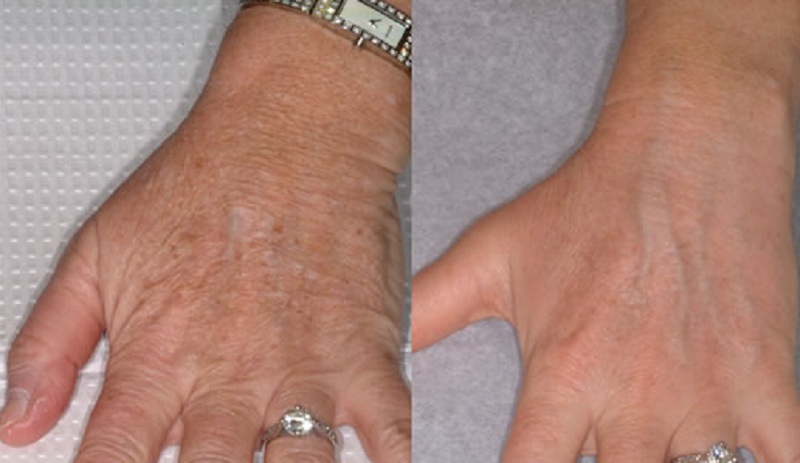 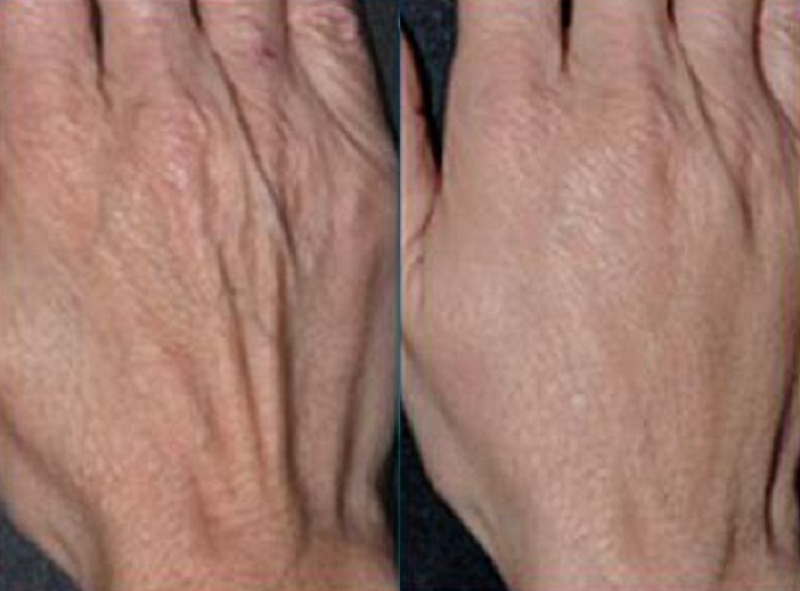