Did you know that up to 40% of men are reported to have enlarged male breasts, man boobs or to have had man boobs at some point in their life? It may sound unbelievable, but it is actually true. Most males get enlarged breasts during puberty or adolescence, but they usually go away after a year or two. For some unlucky men, the man boobs stay with them forever.

We describe the condition at Castleknock Cosmetic Clinic Dublin by its medical name, gynecomastia. While female breast growth is stimulated by oestrogen, for male breasts it’s testosterone. The problem with boys who develop gynecomastia is their bodies somehow start producing more oestrogen than testosterone and that turns into man boobs.

Man boobs is not a topic that men feel comfortable talking about. Dr Kahlout shares his personal views and medical experience about this sensitive male breast treatment in a number of clinic blogs. To find out more please click one of the links below:

Men Lining up for Liposuction

In addition to adolescence, man boobs can also be caused by taking medical or illegal drugs. It has been said that cannabis and marijuana cause man boobs. Although alcohol is not a drug, it is widely accepted that it can contribute to feminizing man boobs. If you consume a lot of alcohol and have man boobs, you may try cutting back for a little while and see if it has any effect. There are also medical conditions that can cause man boobs ranging from hormonal imbalance issues, obesity as well as prostate cancer. Klinefelter’s syndrome, cirrhosis of the liver, testicular tumors, prolactin excess, or are medication related.

If the problem of male chest enlargement is not due to enlargement of glandular tissue, but instead it is due to accumulation of fat only, it is called pseudo-gynecomastia, and usually does not have any underlying medical pathology.

In practice gynecomastia could be a mixture of the above 2 types where there is increased endogenous breast tissue size and accumulation of retro mammary fat tissue. The condition is called Mixed Gynecomastia

The colloquial term ‘man boobs’ encompasses the enlargement of the male chest from any cause.

Man boobs (gynaecomastia) is a problem that is becoming increasingly prevalent worldwide. More men are seeking medical professionals for procedures to correct help with their enlarged chest.  Traditional treatment of man boobs involves a surgical operation such as subcutaneous mastectomy, where incisions are made either around the nipple/areolar area, or in the crease just under the breast. The procedure is often associated with significant scarring.

Man boobs can now be treated reliably and successfully with VASER Liposuction. This has the advantages of virtually no scarring, virtually no blood loss, fast recovery time. In addition, the whole chest, including the lower border of the pectoralis muscle, could be reshaped and defined.

The male breast is particularly fibrous in nature and it is difficult to carry out conventional liposuction to the area. At Castleknock Cosmetic Clinic Dublin the ultrasound energy of the VASER technology allows the dense fibrotic tissue to be penetrated more readily and the liposelective nature of VASER allows the fatty tissue to be removed in an even manner.

The goal for VASER liposuction of the male breast is straightforward: Improve the patient’s physical appearance by removing as much fat as possible while avoiding any damage to skin or muscles. VASER Liposuction of the male breast is one of the four areas on men most commonly treated by liposuction (the other areas being the abdomen, flanks, and chin-cheek-jowls). Male patients with excessive fat in their breasts can expect significant improvement with VASER liposuction. No scars and little recovery time.

After VASER liposuction is completed, the small 4mm incisions are allowed to remain open (they are not closed with sutures) in order to maximize drainage of residual tumescent anaesthetic solution and fatty tissue. Sometimes a vacuum pressure drain is placed to aid further removal of operative fluids. A compression garment has to be worn for several weeks. Our staff will measure you for the correct sizing of the specialised compression garment prior to the procedure. 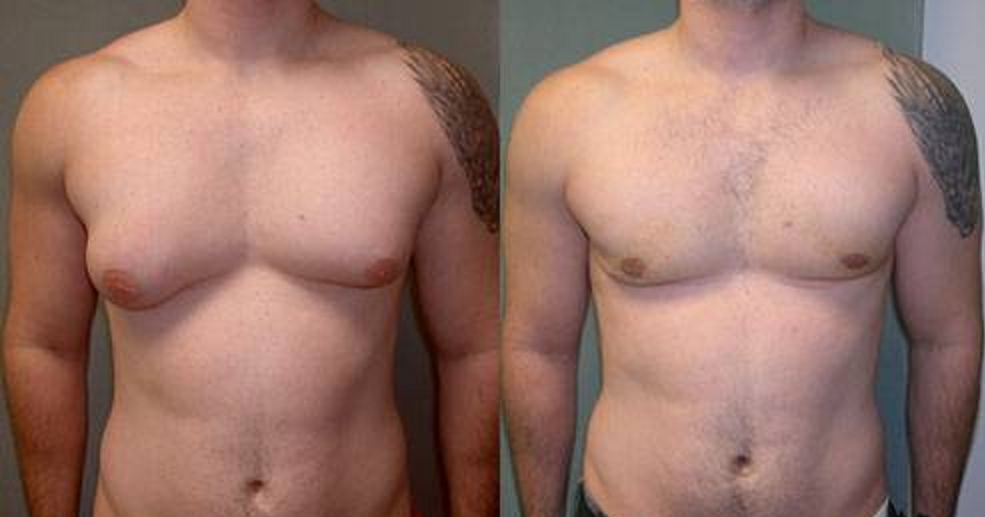 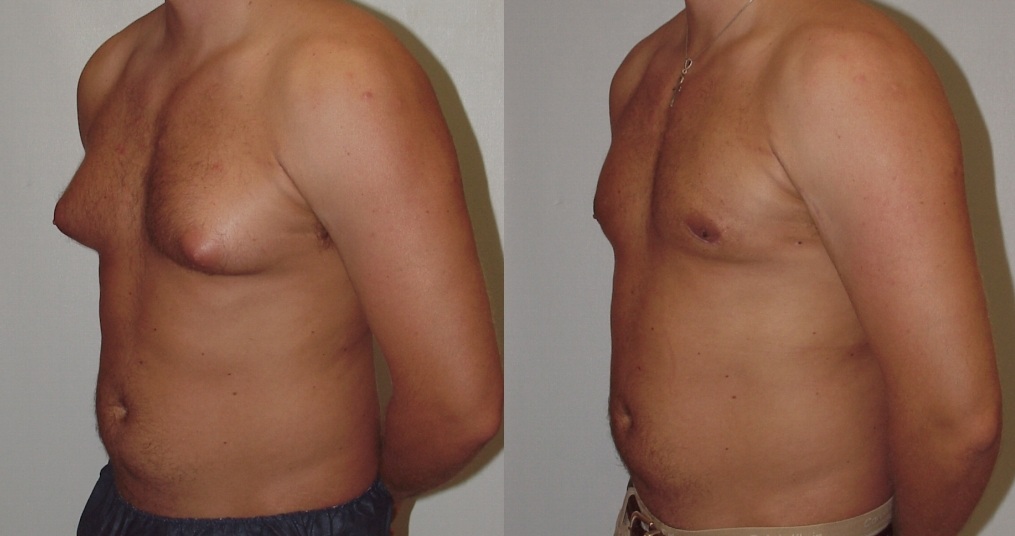 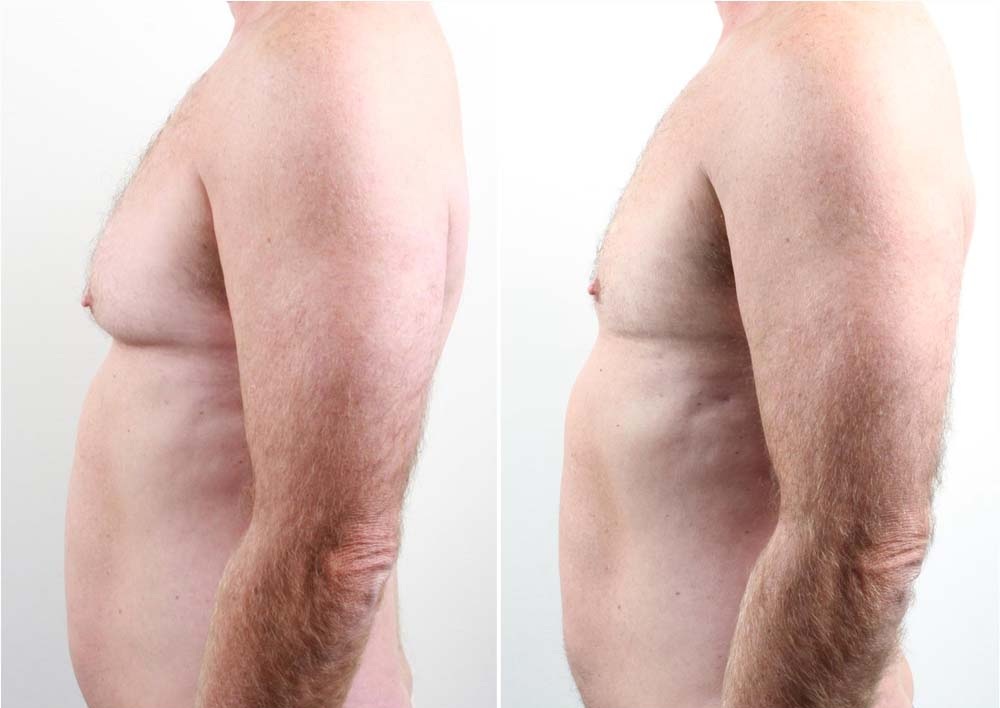