The market of aesthetic surgery interventions – sometimes also called cosmetic surgery – has increased dramatically over the last years. Anti-ageing treatments are certainly on the rise. The growing availability of travel, the internet and the numerous financial payment facilities also mean that medical tourism in relation to aesthetic surgery has become a reality.

Nevertheless, many Member States have not yet put in place adequate regulations or standards on how to provide these surgery services in a safe environment and consumers are not always fully aware of the risks associated with aesthetic surgery.

Consequently, there is a rising need – especially from a patient safety perspective – to ensure that patients can rely on safe aesthetic surgery interventions, whether it is at home or abroad. 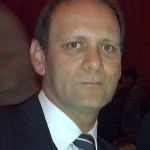 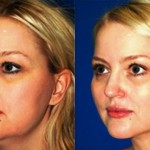 How much would you spend to turn back the clock?

Many years ago, there weren’t many options for treating some of the unfortunate side effects of ageing, like unsightly wrinkles, sexual dysfunction or frustrating menopause symptoms. Now, however, there is an array of medical treatments that can curb these issues, and they’ve become quite popular among middle-aged and older adults in Ireland. But these medications and treatments aren’t free, and a recent study shows just how much some people are willing to pay to turn back the hands of time.

The study, conducted by Express Scripts, was presented at the annual meeting of the American Public Health Association. Researchers compared the costs of anti-ageing treatments to those of chronic health issues. They found only two illnesses – diabetes and high cholesterol – accounted for more spending on medications than anti-ageing treatments.

Express Scripts looked at a sample of a commercially insured population to determine results. They found that in 2011, treatments for ageing-related conditions cost $93.33 per member per month, a figure 16% higher than the amount spent on high blood pressure or heart disease. What’s more, the amount spent on anti-ageing treatments has increased significantly. From 2006 to 2011, the total amount spent per member rose by 46%.

Part of the reason for this shift may be because the population is ageing. As the baby boomer generation approaches their senior years, the large demographic is likely to seek out treatments for certain age-related issues.

However, some anti-ageing techniques have decreased in price over the past few years. According to the Irish Association of Cosmetic Doctors (IACD), in 2010 the price for Dysport or Botox injections was €450. Chemical peels averaged around €590, while injections of dermal filler hyaluronic acids like Teosyal or Restylane were around $500. Cosmetic treatment prices dropped down in 2012 by at least 20% while ant-aging creams increased in prices by 20% !

While these prices are relatively low, patients should not compromise the quality of their treatment for even further reduced costs. So-called “discount cosmetic surgery” can pose a major threat to one’s health, and could result in larger medical bills or more surgery to reverse damage.

Initial attempts at beautifying the lips probably started with Cleopatra, who applied red to her lips. Later, silicone was initially used to augment soft tissue of the body and face, including the lips. Now various materials has been developed that could be used for lip augmentation. Some of these materials include collagen (bovine), Gore-Tex, and acellular human matrix.

The lips are the most malleable and animate of all facial features. Many consider them the most pleasing feature of the lower third of the face. Many ways exist to augment the lips and to change both their animate and/or repose shape.

Tissue tailored treatment for the lip will ideally leave them softer, fuller and more sensuous with a noticeably distinct yet natural shape. Patients occasionally refer to this as “kissability.”

Lip procedures are performed under local anaesthetic. The ability for the patient to move the lips during this minor surgical procedure is a great advantage, therefore the use of general anaesthesia it is not recommended.

Because the lips are so important, treatment is carried at a slow artistic pace. This will limit tissue damage and allow us to bring the best in you. However, post-procedural application of ice to the lips helps to slow the swelling process over the following 24 hours.

The lips thin as people age, and the wet line (skin to pink) moves down and inwards in reference to the overall shape dentition. In addition, the oral commissures (sad corner lines) begin to downturn. These thin, flat, and poorly defined lips impart a sense of age. Small line around the lips (peri-oral lines) begin to appear. Specific procedures address each of these labial-ageing signs. Some of these procedures include augmentation to help restore full, well-defined, and proportional lips that impart a sense of beauty and youth.

Augmentation to a fuller shape

Enhancement of silhouette and corners

Specific features of the lips deserve attention. The vermilion border should be clearly defined, sharp, and slightly raised. The Cupid’s bow, the central portion of the upper lip, should be well defined and distinct. Ideally, the lips should have horizontal symmetry, but vertical asymmetry, with the lower lip being slightly larger than the upper lip. 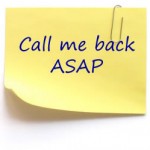 May be visible or felt if injected superficially. In very rare cases may develop nodules (small bumps beneath the skin).

So why all the fuss about legs?